For the brand new flagship store of Adidas in Berlin I was asked to design a table tennis table including the rackets. The flagship store is one of the most unusual and at the same time most modern stores of adidas. Besides a huge selection of products, workshops and events take place on site at regular intervals. The highlight are various artworks by different artists that are distributed over the three floors.
For the project, I worked out and visualized two different approaches. The first approach picks up on the fun and dynamics of the game. The balls become smilies, players are represented by various hands, the general scene is colorful, dynamic and crazy.  The second approach is based on the game of round-the-table where many people play ping pong against each other by running around the table. At my former university this was a popular game, especially for the new semesters to get to know each other better. With my illustration I want to visualize " bringing people together through sports". 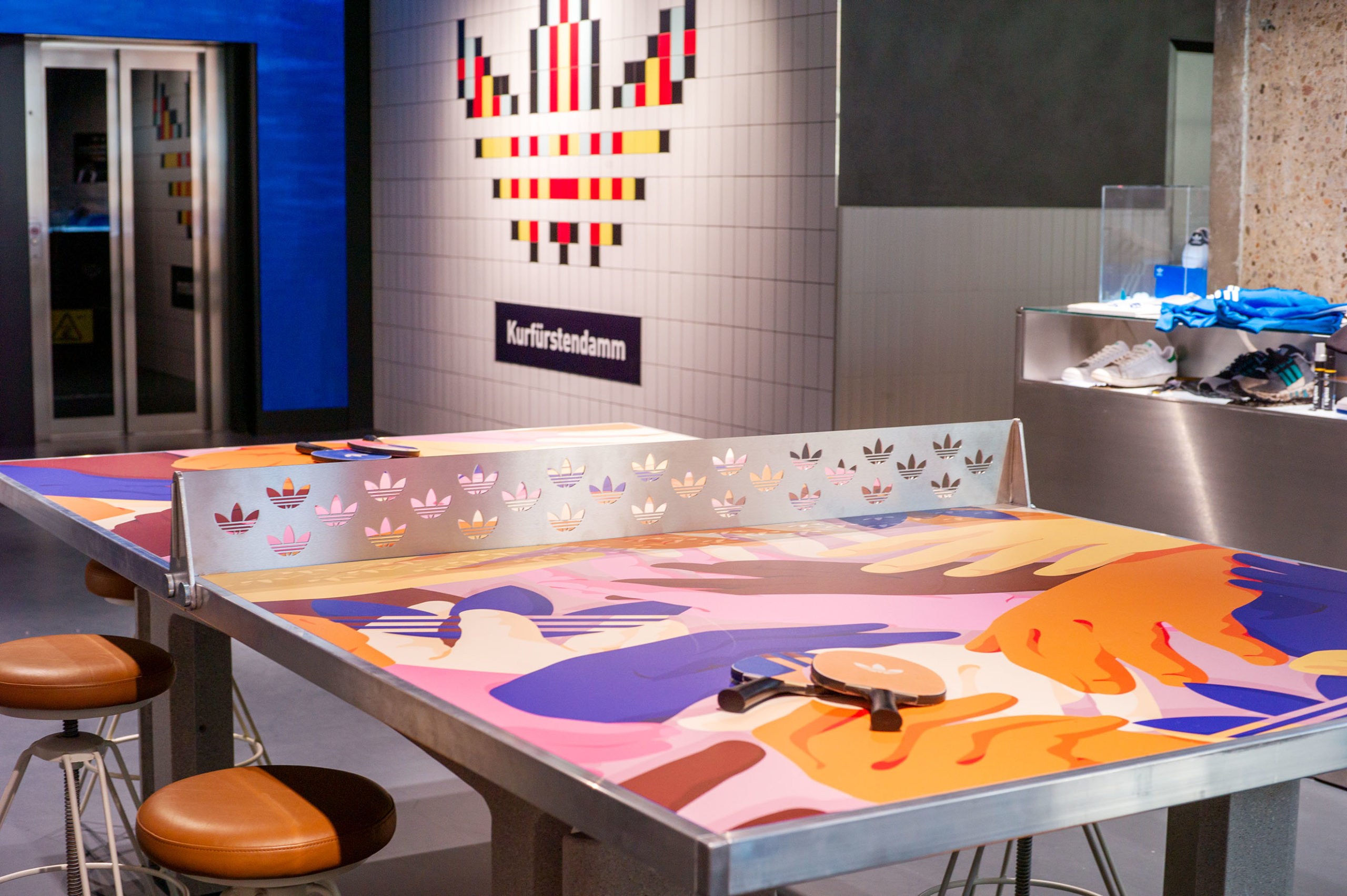 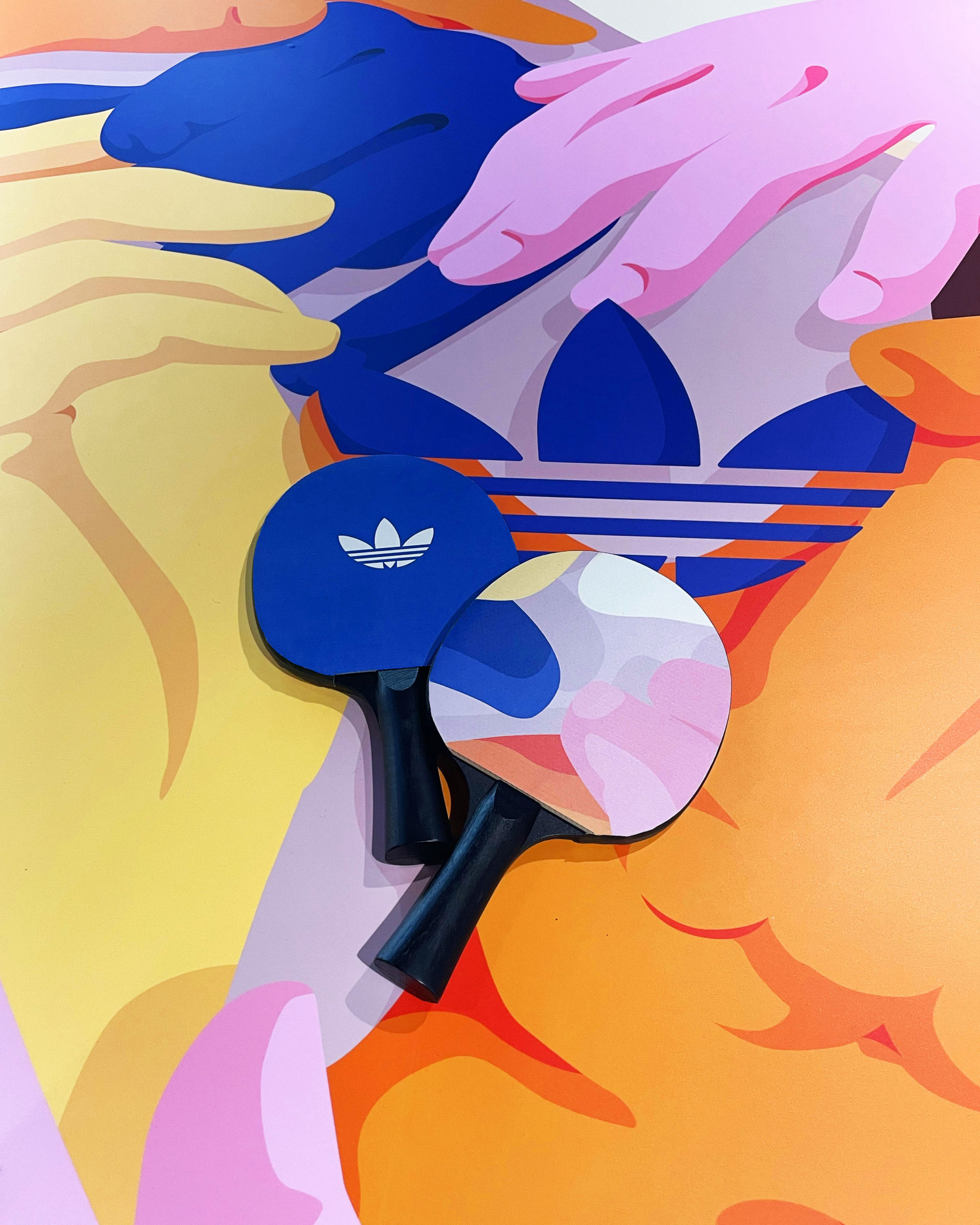 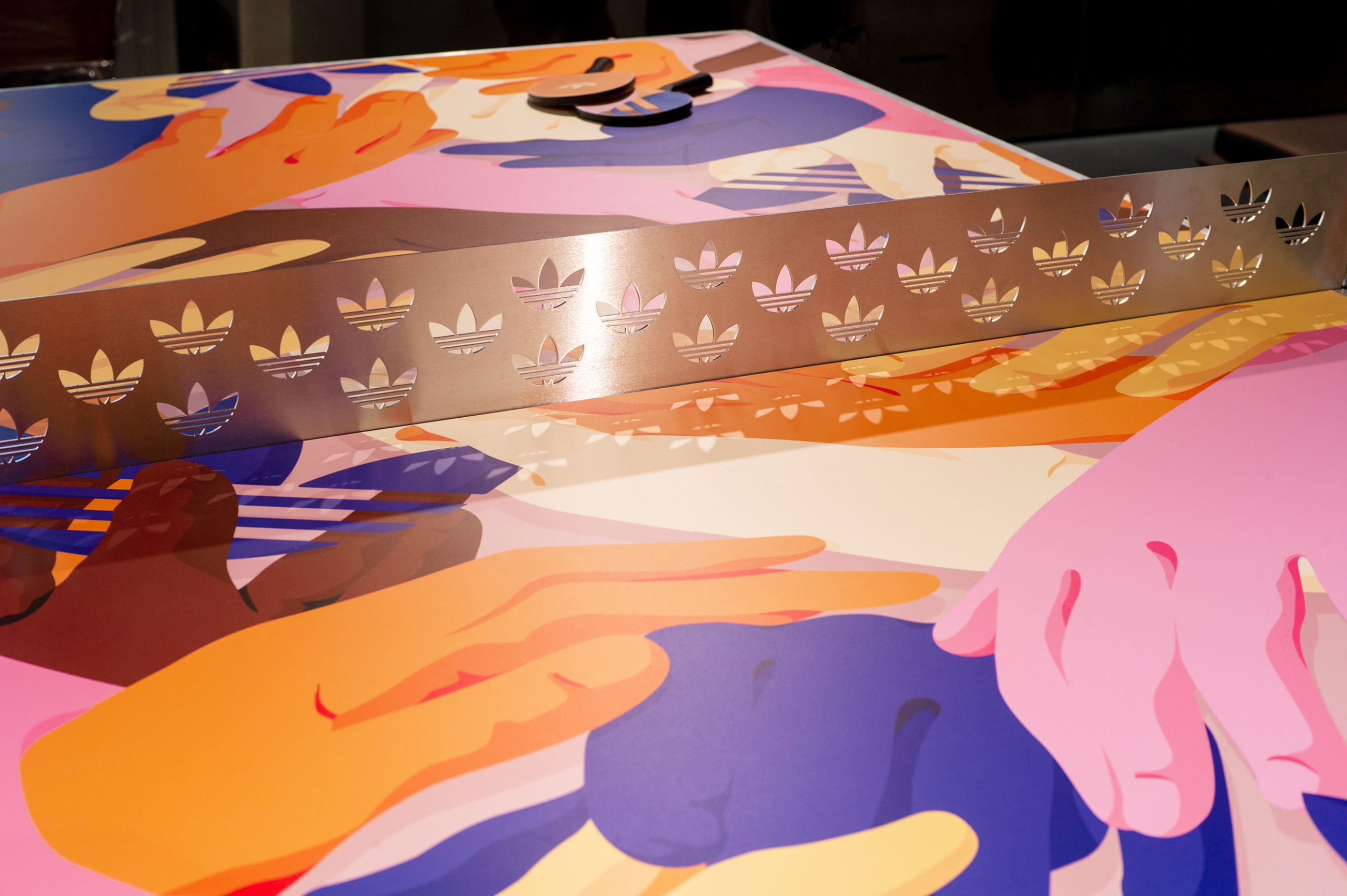 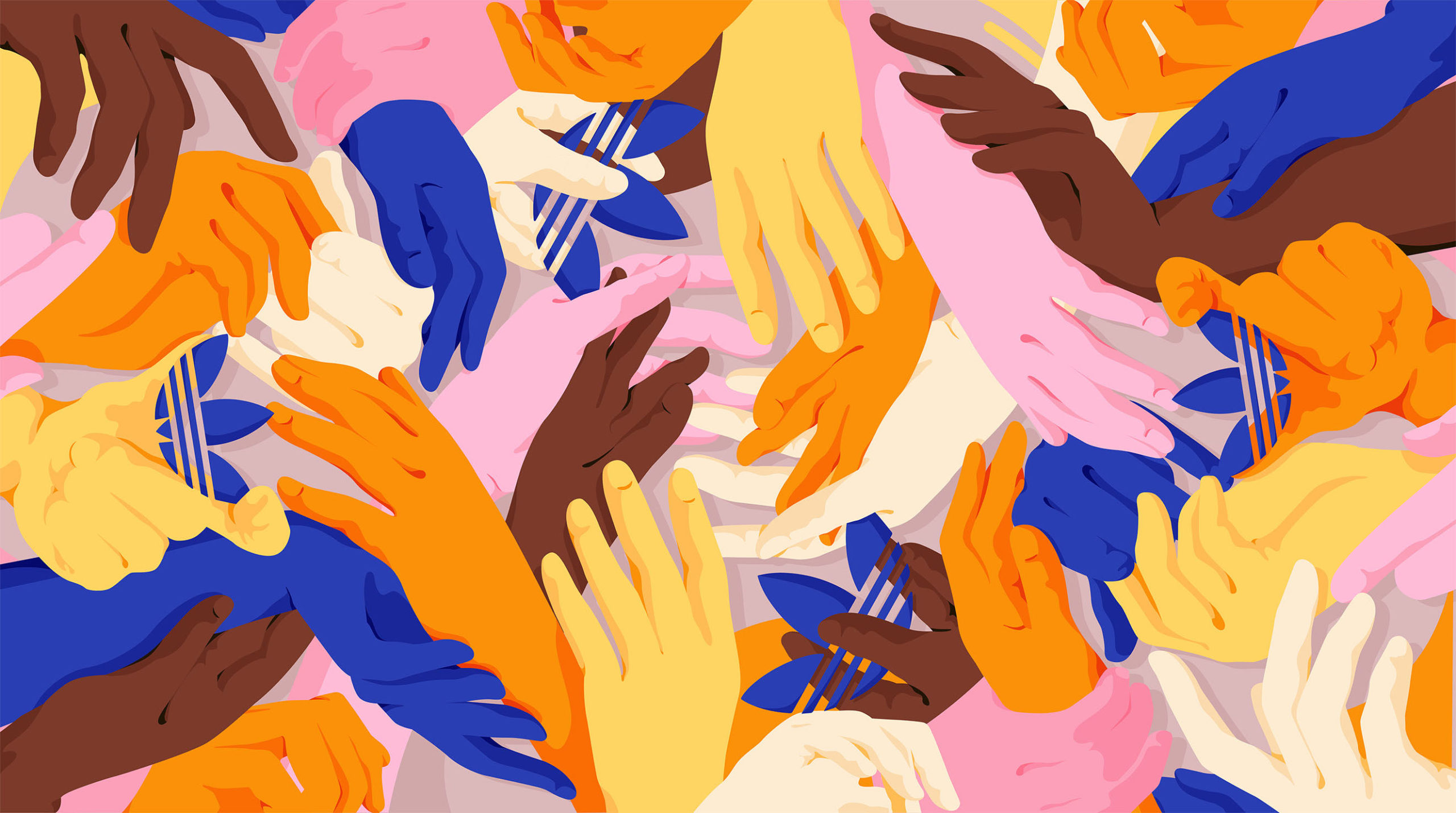